Dessa is a rapper, writer, speaker, and a proud member of the Minneapolis hip hop collective, Doomtree. The Utne Reader calls her, “A one-woman powerhouse…with a literary sensibility and an aversion to genre clichés.” Her most recent album, “Parts of Speech”, debuted at #76 on the Billboard charts.

As a writer, she’s contributed to magazines, newspapers, radio and has published two collections of her own: Spiral Bound and A Pound of Steam. As a speaker, she’s lectured at colleges and universities throughout the Midwest, including a keynote presentation for the Nobel Peace Prize Forum.

Dessa tours internationally, playing basement clubs, historic theaters, detention centers, and classrooms from Warsaw to Sydney, Vancouver to Johannesburg. She’s currently at work on her first collaboration with the Minnesota Orchestra, a full evening of music and monologue slated for April 2017. 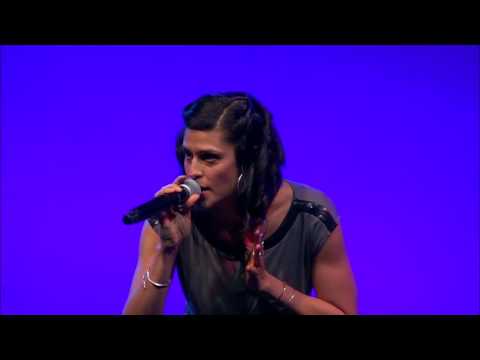 Mayo Clinic - Session 7: Thriving in an Ecosystem for Health: Dessa